Thus my heart was grieved, and I was pricked in my reins. So foolish was I, and ignorant: I was as a beast before thee. Nevertheless I am continually with thee: thou hast holden me by my right hand. Thou shalt guide me with thy counsel, and afterward receive me to glory. — Psalm 73:21-24 (KJV)
1419 Linn Hipsher Rd
Marion OH 43302
740-382-4173
Map & Directions

We are a group of ordinary people who love the Lord and His Word. All of our services are filled with Bible teaching. We major on Bible teaching. We also love to fellowship through our potlucks and other gatherings. You will find a friendly, caring atmosphere and a warm welcome. We love singing the old hymns and learning from in-depth preaching of the Word of God. We know your life will be enhanced by the inspirational music and spiritual food you will receive. In all that we do here, we try to keep Christ first. We have structured our ministries with classes and services to minister to the whole family.

Pastor Floyd Radebaugh was born and raised here in the Marion area. He came to know Christ as a young boy. After graduating from Pleasant Local High School, he planned to go to Baptist Bible College in Springfield, Missouri. He had decided to work a year to raise funds and during that time was drafted into the United States Army. While in the Army he served a tour of duty in Vietnam.

Vivian was raised in Vidor, Texas. She was saved at a young age and had dedicated her life to missionary work.

Pastor went to Baptist Bible College after being discharged from the Army. It was at Bible College that he met Vivian. They were married in May of 1971.

After graduating from Bible College, Pastor and Vivian went to Stilwell, Oklahoma, to work in a church newly formed by Vivian’s father, Windel Ex. Pastor served as the Youth and Bus Director as well as the Choir Leader. God greatly blessed and the church and youth department grew. In 1975 God called Pastor to come to Marion and start the Calvary Bible Baptist Church. 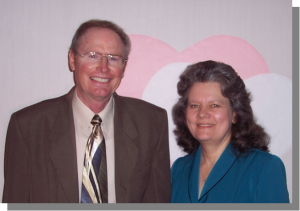 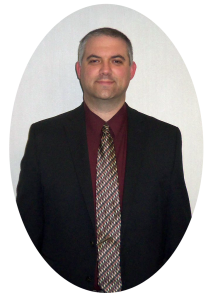 Ken and Shellie were married in 1995 and worked for six years as volunteers in the youth department here at Calvary. Ken earned from Andersonville Baptist Seminary by correspondence both Associate of Theology degree and Bachelors in Theology degree. In 2002 Ken came on staff as Youth Pastor and Visitation Director.

We believe every word of the Bible is the inspired Word of God and the only guide for faith and practice. We believe God has preserved His Word for us in the King James Version and we use no other.

We believe in one God existing in three distinct persons, The Father, The Son, and The Spirit.

We believe that salvation is by grace through faith. God through His Son,
Jesus, has done the work of salvation and all who place their trust in Christ have eternal life and cannot lose their salvation.

We believe that every believer is sealed by the Holy Spirit at salvation. Each believer is gifted by the Spirit with abilities and talents to further the work of Christ. We believe the gift of tongues has ceased and is not to be practiced today. We believe in prayer for healing and that the apostolic gifts of healing have also ceased.

We believe that Satan is a fallen Cherub who continues to deceive and blind eyes to the truth.

Our music is very conservative and non-contemporary. We have dress standards for all who serve in specific ministries of our church.

We are an Independent Baptist Church fellowshipping with churches of like faith and governed only by this local congregation.

Do you know where you are going when you die? If not, click here!

If you have any questions about our doctrine and beliefs, feel free to contact us.

Our very first service in 1975 was held in a rented building in Caledonia, Ohio with 14 people present. In 1977 we purchased a small building at the present location. In 1979 we added a new auditorium and Sunday school addition. We soon had to expand the auditorium and add a new Sunday school addition. The Sunday School addition was completed in 1984. In 2001 a foyer and drive-through were added and in 2008 a Bus and Storage Garage was built. We also added a Playground area for the children, a concrete basketball court, and a place to park RV’s for our missionaries. We tiled, leveled and reseeded our ball field. We continue to make improvements to our property and facilities.